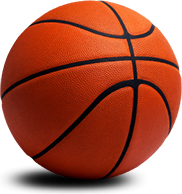 The Atascocita Basketball Association (ABA) is a non-profit organization dedicated to providing a competitive recreational basketball program to children in local areas in grades kindergarten – 12th grade.   The league services girls and boys in grades Kindergarten through 12th grade from local and surrounding areas.  The players are grouped by grade, not age.

ABA was founded in 1990 by a group of parents to fill the need for a recreational basketball league in the area.  Prior to its founding, the only area recreational basketball leagues were based in Kingwood and prior to the construction of the West Lake Houston Parkway bridge over the San Jacinto river, a Saturday morning commute into Kingwood was difficult and time consuming.

In our early years, the games were played at Atascocita Middle School, and the league was initially limited to players in grades 3 – 8.  In 1998, ABA added Division A, which was intended to be an instructional league for younger children (initially 1st / 2nd grade) but due to demand the league quickly was expanded to include kindergarten aged players.  In 2000, recognizing the opportunity to serve even more players, the league once again expanded and added division 4 to provide a playing opportunity for the high school aged players.

ABA is the original tenant at our current home, The Gym (2325 Atascocita Road, Humble, TX  77396 / www.thegym-humbletx.com), and played our first game there in January 2006.  That move also enabled us to add our last expansion by adding the Spring league that same year.

The league teams are coached by volunteer coaches. ABA’s goal is for the players to be taught the fundamentals of basketball while having fun exhibiting what they have learned.  Volunteer coaches are appreciated, and are always needed and welcomed.  If you are interested in volunteer coaching please email us.

ABA estimates we can call over 6,000 players “ABA Alumni” today.  Many of these players have gone on to excel at the middle school and high school levels, and some even beyond.  Recently we have started seeing the return of some of our former players returning as dads and volunteer coaches.

ABA is continually ran by volunteers whose children previously or currently have played with ABA.  The Board meets monthly.  You can learn more about the Board members by clicking the “Board members” tab above.

Thank you for visiting our site, and we invite you to join our ABA family.

If you would like to contact ABA, you may either email us at ababall1990@aol.com (preferred) or leave a message on the voice mail at 281-319-3222(3ABA). Please note the voice mail is checked periodically, maybe once per week. Email is best way to reach us, as we don’t have designated office space.